Our Umwelt Is Chopped into Three 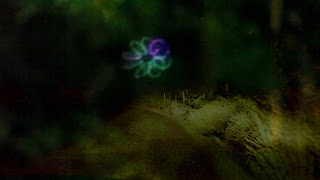 Curatorial Mutiny is organising three workshops on how or bodily constitution influences our understanding of the world. Originally the plan was to make one, big workshop, but in these times we need to keep it more intimate. In the first, dancer and choreographer Carima Neusser leads a workshop where she and participants together examine and reflect on the human body's inherent knowledge and how we can think about this in individual artistic practices. In the work the group together looks at these questions through different approaches taking inspiration from dance exercises, anthropological and philosophical texts as well as the Feldenkrais method.

During two days, a small group of artists from different fields, together investigate how the body can know.  Lunch, coffee and snacks are offered. The workshop takes place from 12pm - 5 pm, December 18-19 at Dansens Hus in Stockholm. If you are interested, get in touch with Carima (carima.neusser [at] gmail.com as soon as possible. It's first come, first served! 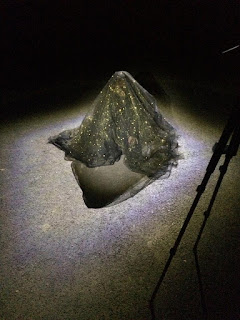 After the first and successful workshop in Karelia based on the work of Jakob von Uexküll, Vision Forum is organising a second workshop in Copenhagen. The process in Finland focused on dance and choreography in Denmark we focus on sound and music.

The work of Uexküll gives us the excellent tools to approach questions about how our senses shape our understanding of the world. He describes how living beings perceive their environment and according to him, every organism experiences life in ways that are species-specific and based on the body’s constitution. He called the unique make up of each species’ body “self-in-world” or “Umwelt.”  He describes how all living and sensing creatures, communicate with their surrounding world in different ways, based on how their bodies function and what they desire.

In the workshops artists from four Nordic countries work together. This means that although we all come from the same species and the same part of the world, each individual person’s Umwelt is different both because of their different backgrounds, because they have different fields of interests, but also because they speak different languages. In the workshops people with different backgrounds engage in discussions and exercises that reflect on differences and overlaps in the Nordic languages, cultures and how they inform each person’s Umwelt. The core of the project lies in the group moving between the personal experiences and Uexküll’s reflections.

The project is supported by Volt 19 at Nordic Culture Point. 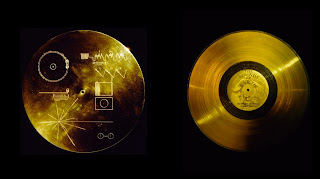 On Monday November 9, the COGITO team will meet virtually in Leicester to present our work as part of Balandino Di Donato’s course on creative computing. It is an opportunity for Stephen Whitmarsh to revisit the artistic history and context of the work we do with 1+1=3 using the EEGsynth. In preparation Stephen has been reading through some interesting literature:

I will introduce the use of EEG measurements, as well as other electromagnetic sources, in art and music. Starting with seminal EEG-based performances from the 60s and 70s by Alvin Lucier, David Roosenboom and Erkki Kurenniem, I will show how invisible electromagnetic signals became part of human experience through art. We then arrive at the contemporary conception of feedback loops in brain-computer-interfaces, in particular brain-computer-music-interfaces. In such scientific and artistic installations, our human experience is integrated as our brain becomes both instrument and audience, subject and object. Using our performances using EEG in sound and music, I will then show how the Cogito project presents the latest development in artistic use of EEG signals, extending the feedback system beyond the brain, the earth and even our solar system. I will end with a reflection by David Roosenboom about how music actually provides tests for terrestrial and extraterrestrial intelligence, and a paradigm for communication.

The fieldwork is divided into two sessions. It aims to provide insights into the making of collaborative SciArt projects by media artist Daniela de Paulis. The students will learn about the process of sharing methodologies and knowledge among artists and scientists. Students will participate in a virtual field trip to international scientific facilities in the field of neuroscience and radio astronomy, and to learn about data collecting and data analysis. Focusing on innovative combinations of artistic and scientific methods, the two sessions will offer the students an overview of different approaches in data collecting and data analysis. 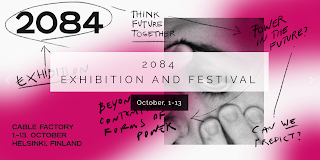 Curatorial Mutiny's long term partner Anne Klontz curates “2084″ in Helsiniki.  2084 is an exhibition that takes place in the present and speculates on the role power will play in the future. CM also participates in the performance events that accompany the exhibition and that will be hosted in the gallery October 10 and 13.

The exhibition and events do not aim to provide answers but offers narratives on the various ways power is activated today and what could happen in the years to come. They draw inspiration from the book 1984 by George Orwell. The fictitious subject matter of the book was forward-thinking, and in many ways, it has become a reality; think of today’s use of surveillance cameras, algorithms and fake news. However, despite the dire tone of the story, notions of love and activism were also present as integral forms of power. From this foundation, the participating artists in 2084 explore power and the future through themes such as media control, social protest, as well as imagination and desire.

1+1=3 featuring Atau Tanaka will participate in Helicotrema – Recorded Audio Festival. The presented piece entitled “Monitorn” is the outcome from the ongoing preparations for Transformation III in Paris.

The festival started in 2012, the festival is a non-profit platform for the promotion of narrative and multidisciplinary sound works – such as radio plays, audio documentaries, experimental poetry, field recordings and other timeline-based formats based only on an acoustic component – reproduced in the framework of collective listening sessions.

This year Helicotrema, as winner of the 5th edition of “Premio Imagonirmia, art residency and publishing project”, joins forces with Imagonirmia and Ovestlab to present a site-specific edition in the district of Villaggio Artigiano di Modena Ovest. Helicotrema 9 will take place at the end of September and will present a programme of listening sessions for residents of the district and visitors.

In this context the festival will use a loudspeaker system for sports events, excellent on voice frequencies, and a mobile system in quadriphony for compositions with wider spectra of frequencies. The location, one of the most important athletics stadiums at national level, can be a clue for inspiring the authors to propose sound research that reflects on body, competition, exercise. At the same time the festival remains open also to contributions on other subjects. 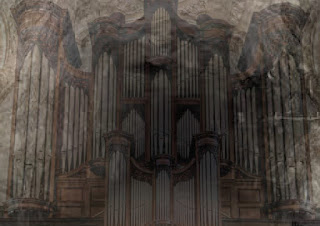 Curatorial Mutiny is proud to announce Gold all in my Veins - A MULTI SENSORIC GUIDED TOUR through the mines at Outokumpu Old Mine Residency. The project brings together young artists from dance, music and visual art from Norway, Finland, Sweden and Germany who will work with the local community in Outokumpu September 12-20.

The architecture at Outokumpu Old Mine is the stage for a guided tour connecting baroque philosophy, history and spectacles to the tunnels, the earth and the surrounding area in Outokumpu. Introducing dance, poetry, music and food the artists state: "we will drink glitter and gold and let it run through our veins. The womb of the mine connects to our bodies, our breath and our movements and leaves us in states of awe. We guide you through this interdisciplinary experience, through your senses and look forward to share our thoughts on the so called ‘ornamental kitsch period’ baroque and test its actual capacities together."

Please join us for a public event at Old Mining Site, September 18 at 21h.

The project is co-produced with Morgondagens Konstpublik and Vision Forum. It forms a part of Curatorial Mutiny's ongoing events that investigate the impact of Jakob von Uexkull's thinking on how we understand our senses. The workshop and  is supported by Nordic Culture Fund, Nordic Culture Point and The Swedish Arts Council.

We Are Going East 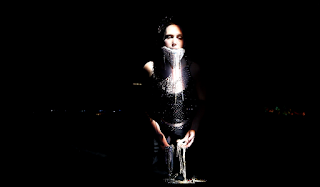 It is going to be a very Finnish autumn for Curatorial Mutiny. We start gently with a residency at Källskär, Åland Islands before we go all  Finnish. In September our Baroque Architecture and Submission team will join MKP for a residency at Old Mine Residency in Karelia. The working session will culminate with a public presentation of the piece. It is a new and reworked version of the performance and dancers, musicians as well as visual artists from Sweden, Finland, Germany and Norway will join.


October 12-13 we will participate in the finissage and mini-festival in conjunction with the exhibition "2084." Some of our members will present performances at the Cable Factory, Helsinki. We have been invited by Catalysti and the events are curated by Anne Klontz.

If you prefer to stay at home, we suggest you join the Vision Forum team on August  7, from 17h (CET), for an online cooking event with Governing Bodies. The event focuses on creating food that supports your microbiota (the microbes that we live in symbiosis with) to develop in a healthy way. If you want to join, drop an e-mail to Rudi Heinrichsen at info [at] visionforum.eu.
at 16:44 No comments:

Curatorial Mutiny offers artists and art managers from all disciplines resources and a network to develop their research and practice by working with international peers. We are a registered charity in Sweden and have been active since 1999. Many of our projects are carried out in collaboration with museums and other institutions around the world.

You can read more about who we are and our previous projects here.

For more info:
curatorialmutiny (a) gmail.com